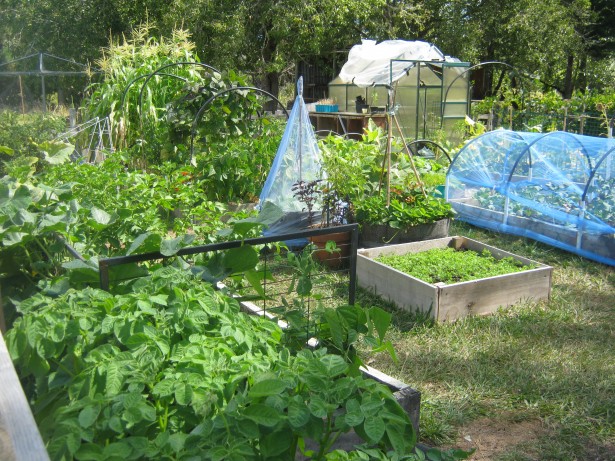 Vegetables require many different food sources to survive, thrive, and grow. Besides nutrients from soil and sunlight, water is one of the main ways that vegetables grow. Freshwater sources are being depleted at accelerated and unsustainable rates, due to reasons such as agriculture, groundwater pumping, and climate change, which begins to leave us with the question of how well vegetables can handle salt water. There is no clear answer, it depends on the vegetable you are using.

The Issues with Plants and Salt Water

Just like us, plants actually do need a certain amount of salt to survive, as it is an important ingredient in many of the chemical processes that plants undergo in order to survive and grow. However, just like us, too much salt is actually harmful for the plants–too much salt can create a hypertonic environment outside of the cells that makeup the plant, causing the plant cells to dehydrate and die, killing the plant. Too much salt will kill the plant and even linger in the soil afterwards, preventing the land from being arable. Many farmers in coastal areas are actually threatened by salinization; as the coast begins to shrink, inland soil becomes more and more salty. Salt in the soil is a death sentence for almost all plants. In fact, this is how the Romans eradicated Carthage following the Punic Wars–they sowed salt into the land to prevent crops from growing.

So, we know what happens when an environment is too salty. However, knowing that a small amount of salt is actually necessary for plant survival, the question of growing vegetables in saltwater remains. If you are living in areas with high saltwater content–that is, areas on or around the coast– you might want to know if the water you are using is too salty for your vegetables. A good rule of thumb is that water with salt levels above 1,000 ppm (parts per million) will kill almost any vegetable. If you are on the coast, check out local resources for water testing to ensure that your well water or tap water isn’t contributing to the death of your beloved vegetables.

Some Vegetables Fare better than Others

These plants are able to withstand a much more salty environment than others, so if you know your water may have a higher salt content, it may be wise to stick to that list for your garden. On the flipside, plants that are especially vulnerable to salt include:

You may want to avoid these veggies if you are in or around a coastal area with higher levels of salt water. In fact, if you are planning on growing any of the aforementioned vegetables, I would highly recommend that you carefully check the amount of salt content in both the soil the plants are going to be growing in, as well as the water you are using to fuel the plants themselves.

So… is it Possible?

There is no clear answer on whether you can water your vegetables with salt water. In most cases, you should use freshwater whenever possible, as saltwater will normally kill the plant. Odds are, if you are the owner of a simple vegetable garden, you do not want to water your plants with saltwater. The vast majority of what we think of as “Salt Water” is far too toxic for plants to enjoy. Think about seawater. Does a tall glass of the Atlantic Ocean sound appealing to you? No? That’s the same answer the potatoes in your garden are going to give. Stick to the basics and keep feeding your veggie babies from the tap. Some of the seeds from these potatoes are actually being sent around the globe to test in other areas. It is important to note that this is one instance of saltwater success, whereas we have many, many more instances of saltwater failure, but it is exciting to learn that this mixture could provide more flavorful veggies in the future.

However, if it is diluted saltwater, it may actually be beneficial for the plant. A recent study in the Netherlands found that saltwater may actually be beneficial for plants. This has far reaching implications, as it would solve the freshwater crisis that the world is currently facing and will only become a greater issue in the future. This farm is utilizing a combination of freshwater and saltwater (from the sea) to water their plants, and the results are astounding.

Using different varieties of salt content, farmers found that certain mixtures were actually able to grow plants, albeit a bit smaller than normal. On the bright side, these smaller veggies actually contained higher levels of sugar and salt, and actually tasted better than normal plants! This mixture was used for cabbage, carrots, beetroot, and potatoes, and it was found that potatoes actually handle the combination the best.

Do Not try it at Home

Unfortunately, the vast majority of us are, in fact, not dutch researchers with the ability to precisely measure and control saline content in the water. This leaves us back to square one, which is the fact that salt will only kill our plants. Salt is a seasoning much better left for our food that we humans consume, rather than the water we are giving our plants to grow. Watering a plant with salt water will help it grow about as much as dropping an anvil on it.

In summary, freshwater sources are decreasing thanks to a variety of reasons, first and foremost climate change, and the amount of coastal farms will only increase as the amount of coast increases. With additional coastal farms, saltwater content within vegetables will begin to increase, thus highlighting a need to decide if it is possible to water plants with vegetables. If you are an average gardener, the answer is a decisive no–salt is only going to kill your precious veggies. However, if you are a dutch researcher with computer-controlled saline solution, go for it!