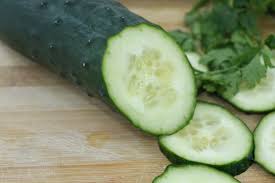 Cucumbers are often referred to as vegetables however, from a botanical standpoint, they are actually considered fruits. They are flowering plants and they contain seeds so technically they are fruits.

In this article, we will delve deeper into explaining why they are fruits as opposed to vegetables.

Where Do Cucumbers Come From?

Cucumbers are scientifically referred to as Cucumis Sativus. They are members of the gourd family or Cucurbitaceae group of plants. They are closely related to watermelon, pumpkin, and winter squash.

Their origins lie in Southeast Asia however, they are now grown in various parts of the world.

Why Are Cucumbers Considered Fruits?

Cucumbers are often mistaken for vegetables however, from a scientific point of view, they are actually fruits. The differentiation is based mainly on the biological definition of a fruit.

Botanically cucumbers are fruits because they are produced from a flowering plant that is formed from the ovary within the flower, the seeds grow into flowers and the seeds found in cucumbers can eventually be replanted to reproduce additional flowering plants which will eventually produce fruits(cucumbers)

Although, mostly cucumbers are mistaken for vegetables as they are used in salads and sandwiches and other dishes that contain vegetables, they are often placed in the vegetable category.

Why Are Cucumbers Mistaken For Vegetables?

Cucumbers are often mistaken for vegetables because of their flavor and appearance. In a culinary sense, they are often paired with vegetables like lettuce, carrots, and beetroot. They are almost flavorless and are mostly used in savory dishes. Fruits are typically thought to be sweet or tart as opposed to flavorless or savoury.

Cucumbers can be paired with mild-flavored fruits such as watermelon and are often used in refreshing detox water drinks, cleansing juices and non-alcoholic or alcoholic cocktails.

What About Seedless Cucumbers?

Botanically fruits should contain seeds however, what about seedless cucumbers? English cucumbers for example do not contain seeds however, does this mean they should be classified as vegetables and not fruits? No, these cucumbers are cultivated using a cultivation method called parthenocarpy. This process takes place naturally in various fruits such pineapples and bananas. This process can be emulated with fruits, watermelons, squash, and other seeded fruits.

Seedless cucumbers should still be referred to as fruits and they provide various benefits for the cultivator or grower. Why? You can skip the pollination process which essentially facilitates the cultivation process. They can be cultivated in greenhouses without utilizing pollinators. Also, seedless cucumbers stay fresher for longer. The only disadvantage is that you cannot utilize the seeds to grow more cucumbers, you would have to purchase new cucumber seeds for each harvest.

Cucumbers are mainly comprised of water however, they do offer some nutritional health benefits. They contain vitamin K, which is vital for bone health, heart health, and cognitive health. The body requires vitamin K to produce prothrombin, which is a fundamental protein and clotting factor that play a major role in blood clotting and bone metabolism.  Approximately 50 grams of cucumber provides more than 10% of the recommended daily requirement of vitamin K.

Cucumbers are also contain various plant components such as cucurbitacins and cucumegastigmanes which have powerful antioxidant features. Cucumbers are also low calorie, which make them a viable option for weight loss and weight management.

Note: Most of the nutrients in cucumbers are found in the skin therefore, it is best to consume cucumbers unpeeled.

As stated earlier, cucumbers contain powerful antioxidants. Antioxidants are molecules that inhibit oxidation and destroy free radicals to prevent or reduce the risk of various diseases such as inflammatory joint diseases, heart disease, cancer, and diabetes.

Cucumbers contain antioxidants and consuming them on a regular basis could help to prevent such diseases.

The body needs water to function, it plays a major role in various bodily functions such as temperature regulation, detoxification, and the distribution of vital nutrients.

Fruits and vegetables are often overlooked as fundamental hydration sources. Cucumbers are excellent hydration sources because they are actually comprised of 95% water and they can help you meet your daily-recommended fluid intake.

Consuming cucumbers regularly prevents constipation. Not only are they high in water content, which promotes bowel movement regularity, they also contain fiber, which is a vital dietary component for bowel movement regularity. Drink cucumber detox water (slice up one or two cucumbers and place into a jug of water and leave in the fridge to cool- drink throughout the day) Also add cucumbers to your salads and eat them as a snack with healthy dips like hummus or guacamole.

Cucumbers reduce and prevent water retention, which is when your body holds on to water to avoid dehydration of the cells. Water retention often occurs when you consume excess sodium and when you do not consume enough water. Cucumbers promote water release by promoting regular urination thus reducing water retention and preventing it from happening in the first place.

How to Include Cucumbers into Your Diet

Here are a few healthy ways to include cucumbers into your diet:

Make a quick cucumber pickle by soaking them in apple cider vinegar for a few hours. Cucumber pickles taste delicious as a snack, as an addition to salads and in burgers and sandwiches.

Create mini-sandwiches with cucumber as a replacement for the bread. Fill your cucumber mini sandwiches with tuna, lunch meat or whatever you feel like adding to your sandwich.

The simplest way to consume cucumbers is just to eat them raw as a snack.

To conclude, cucumbers are considered fruits scientifically however, most of us refer to them as vegetables because of their culinary flavor profile. They are generally paired with vegetables such as leafy greens and legumes therefore, they often placed in the vegetable category. Regardless how you cucumbers should be categorized, they extremely healthy, and should be included in a healthy diet that should consist of plenty of fresh fruits and vegetables, healthy fats, and protein; as well as plenty of water to keep your healthy and hydrated.