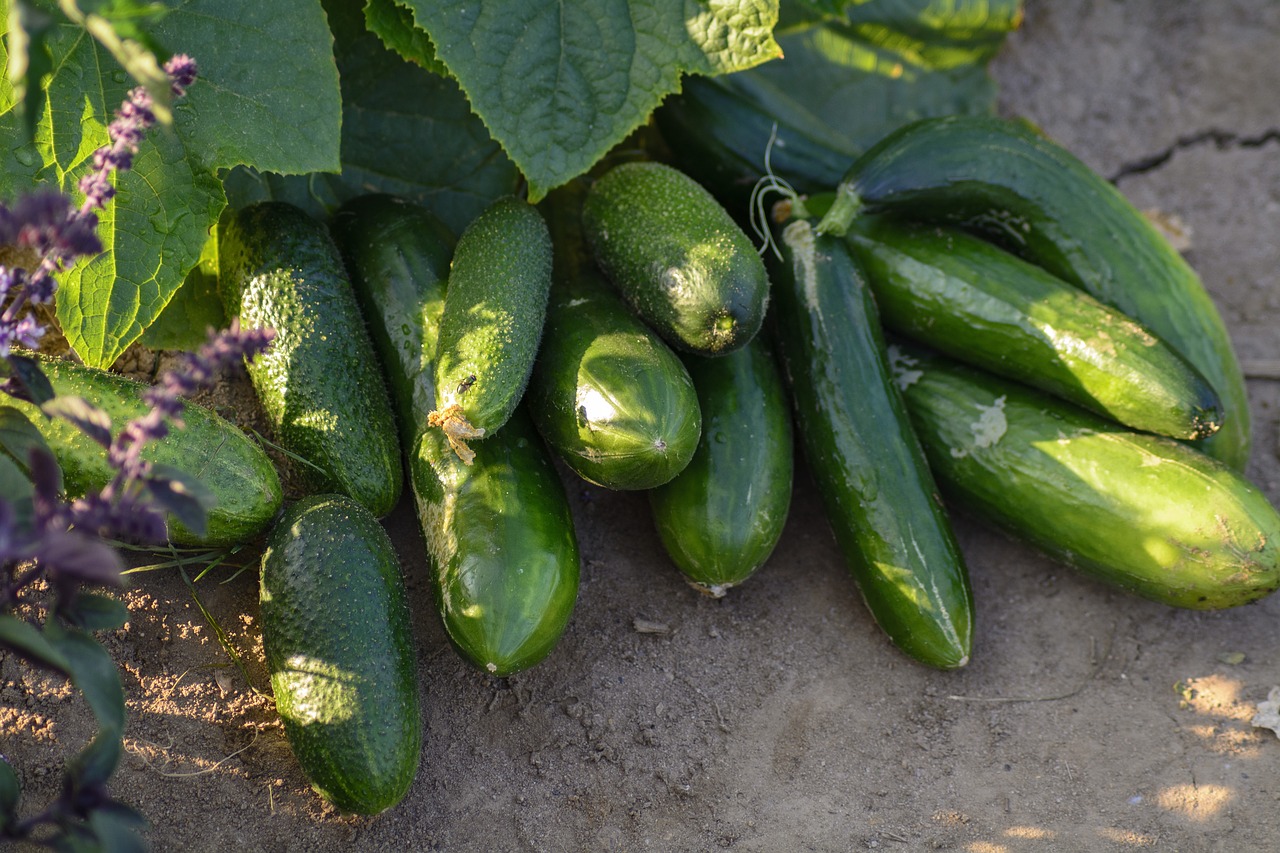 Cucumbers come in a variety of shapes and sizes, and this will have an effect on when they are ready for harvesting. You will know when they are ready to pick when they are the right size and color. A deep green is the typical color for cucumbers; however, some of them have a yellow or white tint, there are also some that have a dappled look to them. The best advice is to check the seed packet or the tag. Harvesting will also depend on the reasons that you are using the cucumbers for. However, there are some general guidelines you will need to follow.

The way you harvest cucumbers will depend on what you are using them for. If you want to pickle them and make gherkins or sweet pickles, wait until they are around two inches long before harvesting them. To make dill pickles, the cucumbers should be around three to four inches long. If you are going to slice your cucumbers and add them to a salad, they should be dark green in color and between seven to nine inches in length. It is important that they you pick them at this size, because if they grow any bigger, the texture will be off and most importantly, they won’t taste very nice.

Make sure you keep the stem attached to your cucumbers when you pick them, it should be around one inch in length. The reason for this is that it prevents rotting if you are not planning on eating them right away. The easiest way of keeping the stem at this length is to use pruners or a sharp knife to cut the cucumber from the vine. Even if you are finding the cucumber difficult to remove, be sure that you don’t damage the plant by twisting or pulling on the vine.

How to Store Your Cucumbers

Once you have picked your cucumbers, you will need to store them. They are crispier, and taste better when they are fresh, but you can keep them in the fridge for up to three days.

Put Them in a Bag: Once your cucumbers have been dried, and wrapped, put them into a plastic bag. It doesn’t matter if the bag is not resealable because it will need some airflow to prevent any condensation. If the only plastic bags you’ve got are resealable, just don’t close the bag.

It is also important to mention that using plastic bags to store your cucumbers will protect them from ethylene gas. This gas is produced by certain fruits such as melon; when cucumbers are exposed to it, they spoil quicker and can also get too ripe. You don’t need to know what fruits produce this, just as long as your cucumbers are put in a plastic bag, you’ve got no need to worry.

Cold Level: You don’t want to keep your cucumbers in the coldest part of the fridge. Most importantly, you want to make sure that you don’t put them in the freezer. I have a bad habit of putting things in the freezer by accident, which is why I am saying this. If you have space in one of the draws in the fridge, this is the best place for them. It is also important to mention that if you don’t use all of your cucumber, make sure that you cover the cut half with a piece of plastic before you put it back into the bag.

Don’t Stack Them: If you have a lot of cucumbers, you should avoid putting them on top of each other, this will prevent them from getting squashed. If you are a commercial grower, you can store them using a wax coating to prevent them from losing moisture.

If you want to keep your cucumbers for a long time, the best way to do so is to pickle them by following these steps: