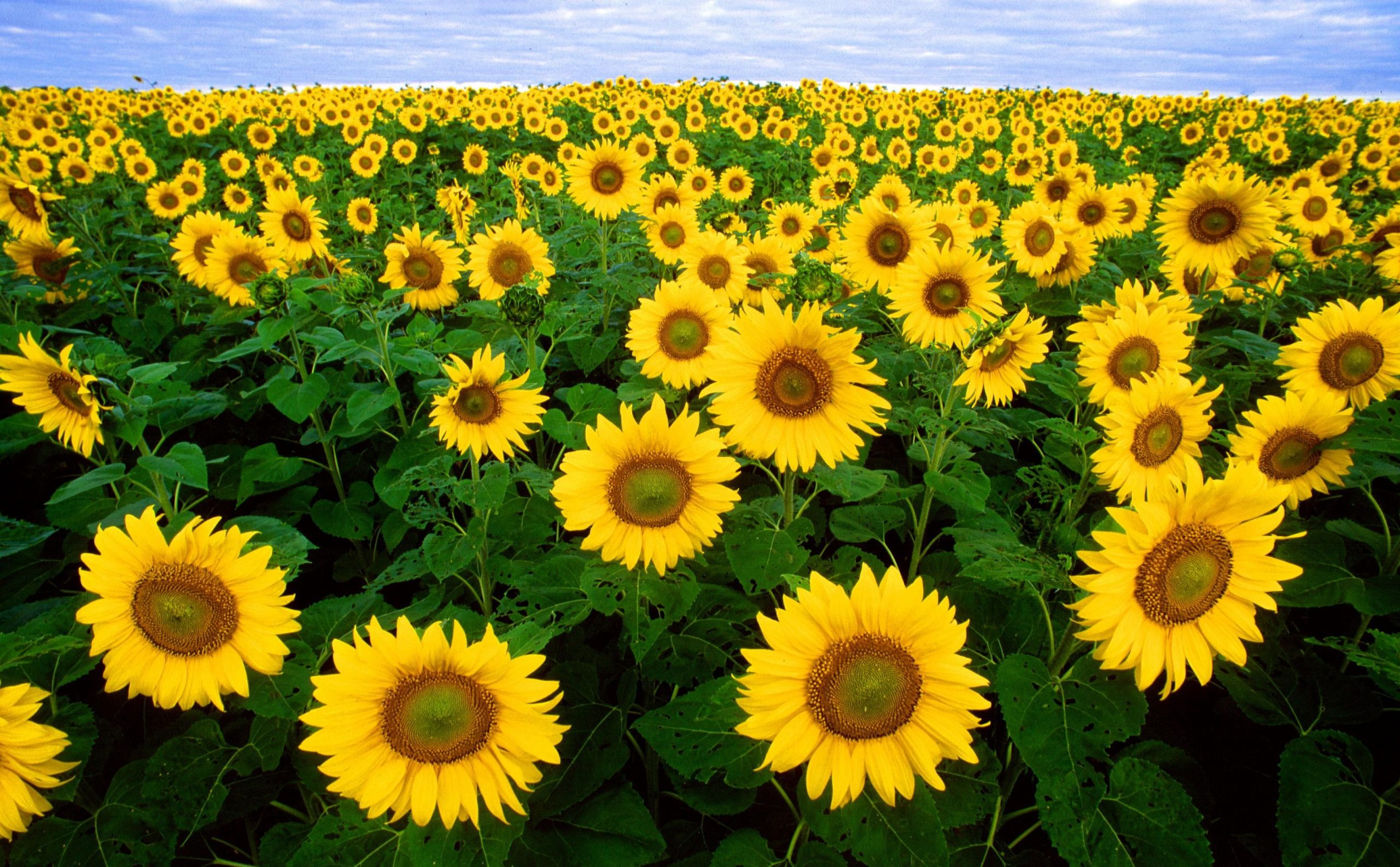 Sunflowers are seen as simply beautiful place holders in peoples yards, but there are actually major reasons why farmers themselves grow sunflowers. One reason is that sunflowers are a huge calling card for pollinators such as birds and bees, which also help to improve your harvest. Another large reason farmers grow sunflowers is due to their detoxing benefits to soil.

Sunflowers are considered ‘phytoremediators’, which essentially translates to remedy. Sunflowers, through their roots and stems can suck up harsh chemicals and other contaminants that are present in the soil. This makes it far easier to grow crops in the same area after. Lastly, when one grows sunflowers you get tons of free seeds to eat or sell.

What Exactly is a Sunflower?

A sunflower belongs to the family of plants labeled Aster, and the genus of plants labeled Helianthus. This genus has almost 70 plants within it but the sunflower is the most widely recognizable. Native to the America’s we generally know these flowers for their seeds. Some that go into bird feed and others that are eaten by baseball players.

Sunflowers are annual which means that they only live for one growing season, they will not return or bloom the next year like perennial plants.

Sunflowers are some of the world’s largest flowers. They can grow up to 15 feet tall with heads that can span up to a foot in diameter. These truly are monster flowers, that are embossed with beauty.

What is the History of Sunflowers?

Although the sunflower is native to both South and North America the first commercialization of this wonderful plant took place in Russia. In terms of domesticating the flower, the native American’s were the first to do this.

In the area of Arizona and New Mexico the domestication of sunflowers took place around 3000 BC. It has even been suggested that this plant was domesticated prior to corn! In Native American history, and in some places to this day, the sunflower seeds are ground out into flour and then used for all baking needs. They were also able to use the petals of the flower in order to make dye for cloth, paint, and other things they would trade or sell to others. These amazing tribes even utilized the stalk of the plant and made it into a building material.

Sunflowers arrived in Europe around the 1500’s from some explorers that brought them in. Peter the Great is given the most credit in terms of actually cultivating the sunflower within Europe.

By the beginning of the 19th century farmers in and around Russia had over 2 million acres of sunflowers growing.

What are Some Different Types of Sunflowers?

If one is looking for the best type to attract pollinators then look for the Russian Mammoth Sunflowers. From butterflies to squirrels animals love this type of sunflower, it is the most picked by bees as well.

Not looking for the giant sunflowers? Well, you’re in luck. There are such things as dwarf sunflowers! Sundance Kid Sunflowers were one of the very first dwarf sunflowers. They only grow to 2 feet long at the most!

Not all sunflowers are yellow either. Chianti Sunflowers have a deep wine color for petals and it is gorgeous. They are mid-size from about 4 feet to 6 feet tall.

What are Some Economic Values of the Sunflower?

The petals on the sunflower can be manipulated to give yellow dye due to their coloration. This dye can be used in things from clothing to paint, there is really no end to what it can be used for.

Obviously, the seeds can be used for bird seed or human food based on the specific type of sunflower it is. However, the seeds also contain oil that can be used just as olive oil is in our daily lives.

Another use in the economy is that sunflower leaves can be used as fodder. Fodder is different dried things that are used for food for a variety of livestock.

So What is the Main Reason Farmers Grow Sunflowers?

One of the most recognizable things growing in fields is corn stalks and the growing of sunflowers generally aids this crop. Generally, birds who enjoy eating sunflower seeds are the ones who go after corn. So instead of having a weird scarecrow out in the field many farmers opt to just have sunflower pants near the corn. This way the birds pick at them and can save up to 10% of the crops they would have lost.

When planting sunflowers after a corn crop it is more likely to succeed. The sunflowers use the already created channels from the corn roots and make their roots there as well, keeping them sturdy in the ground. This will also help cleanse the soil of any and all toxins before the next corn crop is set to be planted.

Sunflowers also have very sturdy stems and thus it helps them create a wind barrier against even the strongest winds. This could also save a lot of crops over time.

Sunflowers are perfect for many different things including the soil cleansing and balancing that they do for farmer’s fields. On the flip side just having them in your garden or on your land gives a beautiful view. It will also help to attract pollinators and in turn create a better yard for you overall. There is seemingly no end to what the sunflower can help with. If you get the right kind you can even make bird seed for much cheaper or have your favorite snack in stockpile! Go check out what sunflowers could do for you!